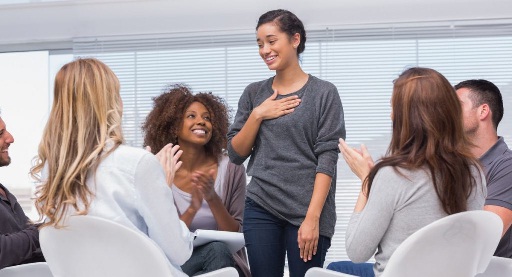 Not having all the information on any topic is terrible enough, but being unaware of addiction can be detrimental. It is a largely misunderstood illness, and the way it is popularly represented doesn’t help either.

What’s for certain is that you or someone you care about will be offered a drug at some point. If they are lucky, this one-time use won’t progress into a full-blown addiction. However, if the worst comes to pass, you should know what you will be up against.

Unlike what people may believe, addiction is not a moral failing. Neither do people voluntarily abuse a substance to the point that it completely wrecks their lives.

Addiction is an incurable, insipid, and progressive illness to which approximately 1 in 10 human beings seem to be genetically predisposed. It is a disease of perception that disrupts the way we process our physical, emotional, and spiritual needs. All you can think about is finding ways to obtain and use drugs in active addiction.

In addition to abusing substances, you can also be addicted to risky compulsive behaviors like gambling, sex, and food. No matter how your addiction specifically manifests, it is tough to free yourself of it once you are in its grip. However, through honesty, openness, and willingness, you can halt its progress and gain back control, as Addiction Guide points out.

No one gets addicted overnight. While everybody’s journey to full-blown active addiction is different, there are a few stops along the way that everyone seems to hit. Some of the stages by which addiction progresses are:

1. Pre-Use Dysfunction. No substance is the ‘gateway’ to addiction. Rather, unresolved trauma or other kinds of dysfunction brings people to abuse drugs. Untreated mental disorders, a tough childhood, lack of genuine social connections, and physical/sexual abuse can all set a person up to try and medicate away their pain.

2. First use. Boredom, curiosity, or peer pressure usually coalesce to get someone to use for the first time. Some people may have inattentive parents or grandparents who let them access prescription medications, while others may use them at a party to fit in and look cool. Usually, this first use is a fantastic experience for people. They find their insecurities are greatly diminished, feel confident for perhaps the first time in their life, and even have fun. Often, this magical first time is what addicts try to relive as they continue to use.

3. Active Addiction. Things go from bad to worse quicker than most people realize. As our brains get desensitized to the dopamine and serotonin rush caused by drugs, they call out for more to feel baseline happiness. From here on out, most people spiral out of control, finding that their drug use brings them no joy whatsoever. All attempts to stop using fail miserably as detox shock deters most addicts.

4. Rock bottom. By this point, things in the addict’s life get so bad that they are forced to confront their addiction. They may find their lives wholly unmanageable and be unable to keep a job, lose their loved ones, ruin their marriage and decimate their health. The lucky addicts who don’t use to the point of death reach a point where the pain of quitting is no longer scarier than that of going on, and this is where healing begins.

5. First few attempts at recovery. Whether mandated by courts or on a whim during a moment of clarity, most people who get this far in their addiction make serious attempts to quit. Some can enlist the help of friends and family, while others check into a rehab facility. Once detox pangs have subsided, the rejuvenation and clarity now available to addicts often put them in a temporarily optimistic state called the ‘pink cloud.’

6. Relapse. Many people are lucky to pass on from their pink cloud stage to a more grounded and realistic view of addiction. However, some may take it too far, get over-confident, and test their sobriety. They may return to people, places, and things that can trigger a relapse. For most addicts, it will take a few relapses before they can come to terms with the depth of their addiction. There are many rehab centers like WhiteSands Tampa rehab that offer effective assistance to the patients at this stage of the addiction, not just with the best inpatient and outpatient programs but also individualized care along with life skill courses to help them stick to their healthy routine. The patient must seek out such programs at this stage to avoid multiple relapses as much as possible.

7. Lasting recovery. True sobriety is not merely the cessation of drug use but a real character and personality change from selfish to well-adjusted. This usually occurs for those addicts who continue to work a good recovery program, build healthy routines and personal habits, and seek genuine connection and purpose.

Now that you know what addiction looks like personally, let’s examine its broader impacts. Here are some stats and facts that may surprise you or give you pause for thought.

1. According to the National Survey on Drug Use & Health, alcohol is the drug with the highest incidence of abuse. Nearly 6% of surveyed participants were assessed to be abusing it in 2015. Alarmingly, though, out of these 15 million people, a little over 5% sought treatment.

2. Research establishes 13 years as the age at which most children will have their first drug experiences, usually nicotine, alcohol, or marijuana. As many as 9 in 10 adults with substance use disorders started as a child. A strained home environment is usually to blame, with most children learning addiction from their parents. 4 in 5 domestic abuse incidents involving drugs and alcohol may lead children to use.

3. Adults also have an addiction problem. Over 5 million Americans aged 18 to 25 were found to have drug abuse issues in 2017. Young adults were similarly struggling in their late twenties and early thirties, with almost 14 million claiming to have problems with drugs and alcohol.

4. Drug overdose deaths have increased three-fold since the 90s in North America. While heartbreaking, this isn’t surprising, given that a little over 9% of Americans seek treatment for their substance use. Addiction carries the shroud of death with it wherever you look. Half of all violent crimes, suicides, and deaths caused by car accidents in 2016 also involved drugs and alcohol.

5. Not all drugs are created equal. According to the National Institute on Drug Abuse, while marijuana and alcohol use continues to have more or less the same effect on the population, prescription painkillers and inhalants are being increasingly used. Its MTF research survey reveals a disturbing statistic – nearly 1 in 5 children use inhalants, exposing themselves to extreme dangers and possible mental debilitation.

6. Substance use disorders frequently affect people already struggling with mental health challenges. According to the National Survey on Drug Use and Health, nearly half of all adults with addiction suffer from mental and mood disorders. These included generalized anxiety, PTSD, OCD, depression, bipolar disorder, antisocial personality disorder, and schizophrenia.

7. The popular narratives around addicts nodding off on street corners with needles sticking out of their arms are largely misplaced. Heroin-related deaths are a fraction of the total – with a little over 14,000 deaths in 2019. Most men, and an increasing number of women, get their drugs from their doctors. According to SAMHSA, over 70% keep their jobs and stay off the streets.

Addiction is a complex illness that can impact anyone, hijack their lives, and render them incapable of resisting their urges. Almost all people who end up as addicts lose control steadily, starting with unresolved trauma creating a need to medicate to youthful folly and peer pressure, turning them onto substances. Once the drug has modified their brain chemistry, only a slim percentage of people seek and successfully find help.

Now that you know, if you see a friend or loved one spiraling, please reach out before it is too late. Only authentic human connection can help them find the courage to quit and rebuild their lives.