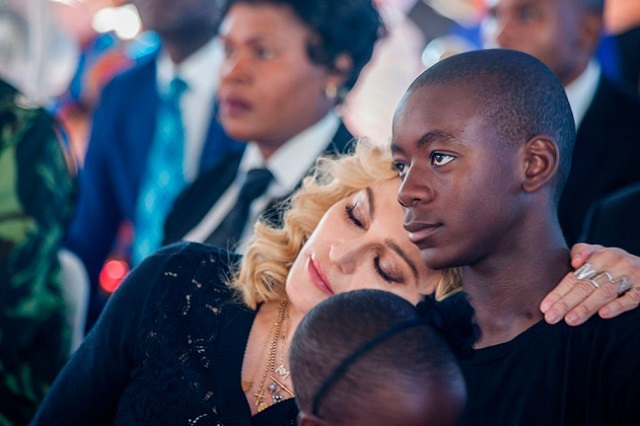 David Banda Mwale Ciccone Ritchie is the adopted son of the famous American singer Madonna. David, who has now emerged as a promising footballer, was adopted from a nursing home in Malawi. However, the adoption procedure was not so easy for Madonna. David’s biological father created some issues, which made the legal procedure a little difficult. Because of Madonna’s controversial lifestyle, her divorce, and her son’s custody, David’s biological father was reluctant in giving his son for adoption. Nevertheless, the matter is resolved now and David is living a good life with all the luxuries. He is working hard to make a career in football.

David Banda is an American Celebrity child. He is famous for being the adoptive son of famous American singer Madonna. David was born on 24thn September 2005 and is 17 years old currently. He was born in Malawai and today he holds the American Nationality. His birth sign is Libra.

David was passionate about football from the very beginning. He started his training early. He later moved to Lisbon to continue with his training at the ‘Benfica Academy.’ In 2018, Madonna visited one of the ‘Benfica Youth team’s matches to cheer for her son. David displayed some incredible skills on the ground. The Portuguese club, ‘Benfica,’ won the league, and David was even awarded as the best performer in the ‘Under-12’ category.

David was born on September 24, 2005, in the southeastern African country, Malawi. His biological father, Yohane, abandoned the newborn in the nursing home after his mother died. Later, the baby was handed over to the ‘Home of Hope’ orphanage located in the district of ‘Mchinji.’ A month later, when the famous celebrity singer, Madonna visited the orphanage while touring for one of her charity programs, she saw David for the first time.

He was not in a good health. Suffering from pneumonia then, the little David was on the verge of death. Madonna immediately filed for adoption and wanted the baby as soon as possible. After the initial official legalities were over, the baby was finally handed over to Madonna. She named the baby David Banda Mwale Ciccone Ritchie, which included the names of his birthplace and Madonna’s then-husband, Guy Ritchie.

Madonna and David have made a couple of public appearances together. The mother-son duo attended the ‘Rebel Heart Tour’ in 2015 where they were seen singing ‘Like a Prayer.’ They also walked on the red carpet of the ‘2014 Grammy Awards while donning matching black business suits. Madonna, who is highly active on social media, keeps posting pictures and videos featuring David. She once posted video footage showing him singing and dancing. Know more about him – David Banda on Instagram

David Banda is still young to earn good money. However, he might earn good chunks in the future with his Football Career. He enjoys a huge net worth from his mother. The estimated net worth of David Banda’s adoptive mother, Madonna Ciccone is $880 million. With her professional career, she is delighted with the amount of money she earns.