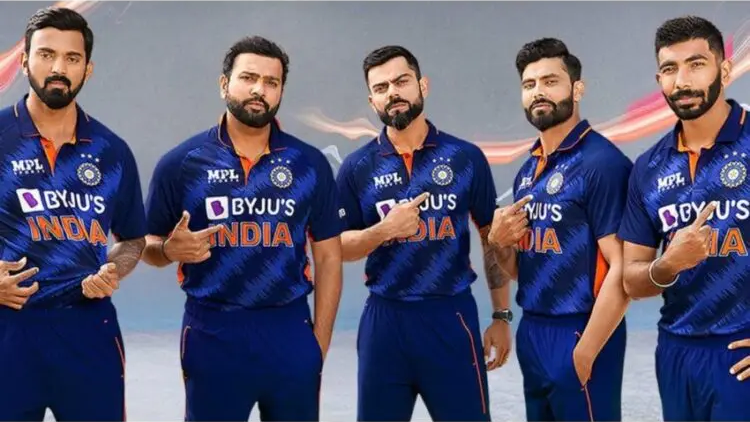 Hockey is India’s national sport, But cricket is the one that runs through our veins. Cricket is more than simply a game in India; it is a celebration that every Indian celebrates equally. We revere these cricketers as if they were God. They resemble our messiah, holding a bat-like Trishul in their arms.

Batting is what our Nation is known for, combined with their spin-bowling prowess.

Let’s look over the list of top 5 batsmen of our Indian cricket team based on insights from cricket latest update today:

Sachin Tendulkar is India’s all-time greatest batsman. When he was playing, fans worshipped him as if he were God, and many still do. When he was out at the crease, his batting would heal the Nation’s needs. The straight drive back past the bowler was his signature shot. Throughout his career, he dominated all bowlers and was consistent. He achieved the zenith of his career in 2011 when he won the ICC Cricket World Cup. He had a fantastic tournament as well, scoring 482 runs with a batting average of 54.

Sachin made his international debut at the age of 16 and went on to become one of the greatest batters in cricket history, scoring over 35,000 runs. His powers were recognized early on, and he was thrust into international cricket when he debuted against Pakistan in 1989. Tendulkar progressively progressed, and by the 1990s, he had established himself as one of the world’s legends.

The Master Blaster has served as an inspiration to numerous Indian cricket team players. In addition, his name will live on in sports history.

Virat Kohli has the potential to become not only the greatest Indian batsman of all time, but also the best batsman in modern times. Such are his accomplishments that breaking Sachin Tendulkar’s records is not out of the question. Despite a little dip in the last two years, he has been outstanding in all formats of the game.

He is the only batsman in history to average above 50 in all three forms. He wasn’t flawless in terms of technique to begin with, but he has improved his game through hard work and training. Perhaps the clearest example is his 2018 trip of England, where he exorcised all demons from the 2014 series. In one-day internationals, he averages around 60 and is widely regarded as the greatest chaser of all time. He has superb timing in his innings and can easily knock out totals.

He will be looking to add trophies to his collection in the Indian Premier League and T20I cricket. He has yet to attain success in this format, despite winning the 2011 Cricket World Cup in ODIs and three Test maces in the game’s longest format.

Gavaskar is widely regarded as one of the best batters of all time. Sunil Gavaskar has a fantastic record against the West Indies, but with a few flaws. He hit 13 centuries against them, but more than half of them came before the Island Nation put together their four-pronged pace attack. Despite this, he has three centuries against a devastating West Indian attack, which is quite an accomplishment.

Gavaskar, who was technically sound and composed, became the archetype of an opening batsman. He had almost no weaknesses in his game, which allowed him to average 51 in Test cricket. His 34 Test hundreds are still the most by any true opening batsmen.

Rahul Dravid was a very good batsman for India, possibly better remembered for his performances in Test cricket. His legendary performance in Kolkata during the 2001 Border-Gavaskar Series will live on. He batted all day with VVS Laxman to help India win from an almost impossible position. It turned the game and series around against one of the best Test teams in history, that is Steve Waugh’s Australia.

He was an excellent player of spin who performed admirably against swing and seam movement. Pace bowling was the only crack in his Armor. In Australia, he averaged a solid 42, but he was never able to completely overwhelm them, especially against a fully-fit side. Dravid was perplexed by South Africa, where he could barely generate an average of 30 points. Nonetheless, batting averages of 52 in Tests and 39 in ODIs are respectable overall.

Undoubtedly India’s most valuable asset in limited-overs cricket. MS Dhoni, former India’s captain, has been spectacular, but his batting has elevated limited-overs cricket to new heights. For that alone, he deserves a spot on this list. For nearly a decade, no game could be called over until Dhoni was out. He re-defines finishing, expanding on the foundations established by Michael Bevan and Lance Kluesener.

Dhoni’s goal was to take the game as far as possible, even if it meant raising the asking rate. It reached 9 or 10 runs per over in ODIs and 14 or 15 runs per over in T20Is at times. But that didn’t matter to Dhoni because he knew that in a game of razor-thin margins, one or two powerful smashes would put the bowling side under stress.

His batting prowess peaked with a match-winning innings in the 2011 Cricket World Cup final. He would go on to create another decade of brilliance before retiring in 2020. He wasn’t at his best in Test cricket, but he would frequently come to the rescue of the Indian batting order, especially when it was in disarray abroad. However, almost 10,000 runs at a batting average of 50 in ODIs remains his crowning feat.

Know all about cricket news and updates at CBTF news.

Get the fastest cricket news update at https://cbtfspeednews.com/.

Know all about cricket betting and updates at CBTF betting.

Get the updated expert betting tips at https://cricketbettingtipsfree.com/

Checkout our videos to get the latest updates about cricket and betting tips, and casino

tips to win big with expert opinions at https://www.cbtfmytube.com/.